Hello & welcome to the 2nd in our series of monthly newsletters. We will continue will bring you industry summaries and insights using NHS data to keep you appraised on changes that affect you from a business point of view.

This month our focus will be on Nominations, have I got enough and why does it matter?

When we focus on the Online Pharmacy sector, we can see that Pharmacy 2U has resumed its relentless growth, mopping up what they had not claimed on time for December as we predicted last month. 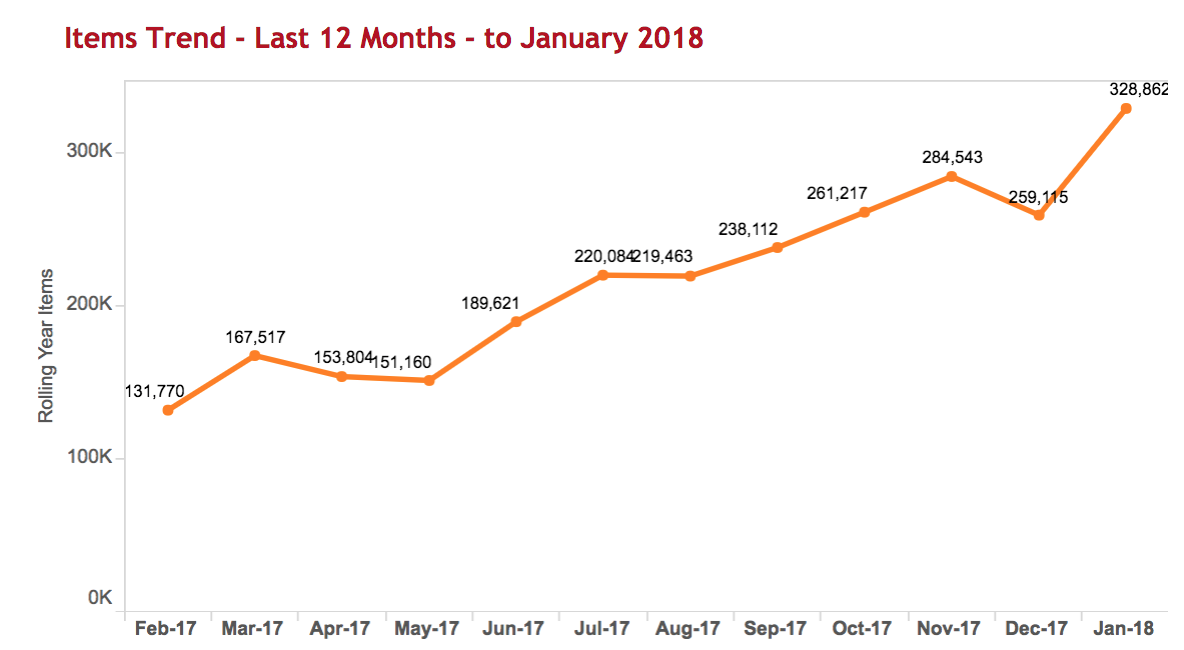 As an aside, our experience is that it is not just the well-funded businesses that show a laissez faire attitude towards the timing of their EPS claims, we find that the majority of groups too are not monitoring their outstanding claims closely on the 5th of the month. This resulted in significant cash being left behind that would help bolster declining cash flows.

In this section, we would like to give you a briefing on Nominations and set out what is perhaps best industry practice.When we first looked at nominations, the only measure appeared to be to compare nomination growth from week to week and to keep an eye on your local competitors. When we studied patient movement between some of our customer’s branches that were in close proximity and we could see surprising patient movements, we then deduced that if patients were moving between branches, then they were also moving between competitors. From this we believe we have established a firm correlation between item growth and nomination growth. This is also apparent from the Item Benchmarking by Division in the previous page, bigger groups are being outperformed by smaller ones over the 3 months to January on both Nominations and Items.So, given Nominations is a real business driver, how do we measure it? Clearly each branch

will have a different amount of EPS live surgeries at different stages, this needs to be reflected in our measure so that it is entirely actionable. This is what we came up with:

When we apply this to a branch, it tells a real story. (Where are they at, and are they doing something about it?)

This has now expanded to become an industry benchmark and we now benchmark all our customers against each other on this basis so that actionable performance can be measured and delivered.

If you have any queries, please do not hesitate to contact Adele Curran, Customer Success Manager or John Hogan Co Founder and Chief Data Scientist call 0808 1890 617. We’ll catch up again next month.

Should you like more information about your own area, please free to contact us, email pharmacy@realworldanalytics.com or call us on 0808 1890 617.