The UK’s Department for Health and Social Care (DH) has recommended tightening the rules around distance-selling pharmacies (online) after seeing evidence of prescription direction.

There has been evidence submitted to the statutory review into the NHS that demonstrate drops in the volume of dispensing in bricks and mortar pharmacies following the opening of distance selling pharmacies.

The volume drop in bricks and mortar pharmacies also occurred as the volume of dispensing from online pharmacies increased.

The DH recommended thinking of alternatives to the rollout of EPS and patient nomination processes to help change prescription direction to bricks and mortar stores.

Under the current rules, online pharmacies must offer essential services but cannot deliver them face to face and they must not imply that their services only apply for certain areas of England.

What about new guidance for online pharmacies?

It also suggested NHS England set up a “complaints process” to report and investigate suspected breaches.

Another recommendation made was to allow 100 hour pharmacies to reduce their total opening hours. This was due to the lack of use with pharmacies opened early and late.

The Pharmaceutical Services Negotiating Committee (PSNC) – also a stakeholder in the review process – gave a “cautious welcome to the report” and said it will “review the recommendations with the DH”.

A report has shown how policy makers are having to weigh up patient’s fast access treatments, incentivising pharma to develop new products, while ensuring the medicines are affordable for the NHS. It's worth knowing the online pharmacies rules.

The estimated NHS spending on medicines has grown on average 5% annually in the last 7 years. The growth has gone from £13bn to £17.4bn according to a report from King’s Fund.

A large portion of the recent growth has come from the hospital sector where estimated costs have grown by 12% a year on average since 2010/2011. Today, hospitals account for nearly half of the total NHS spending on medicines. 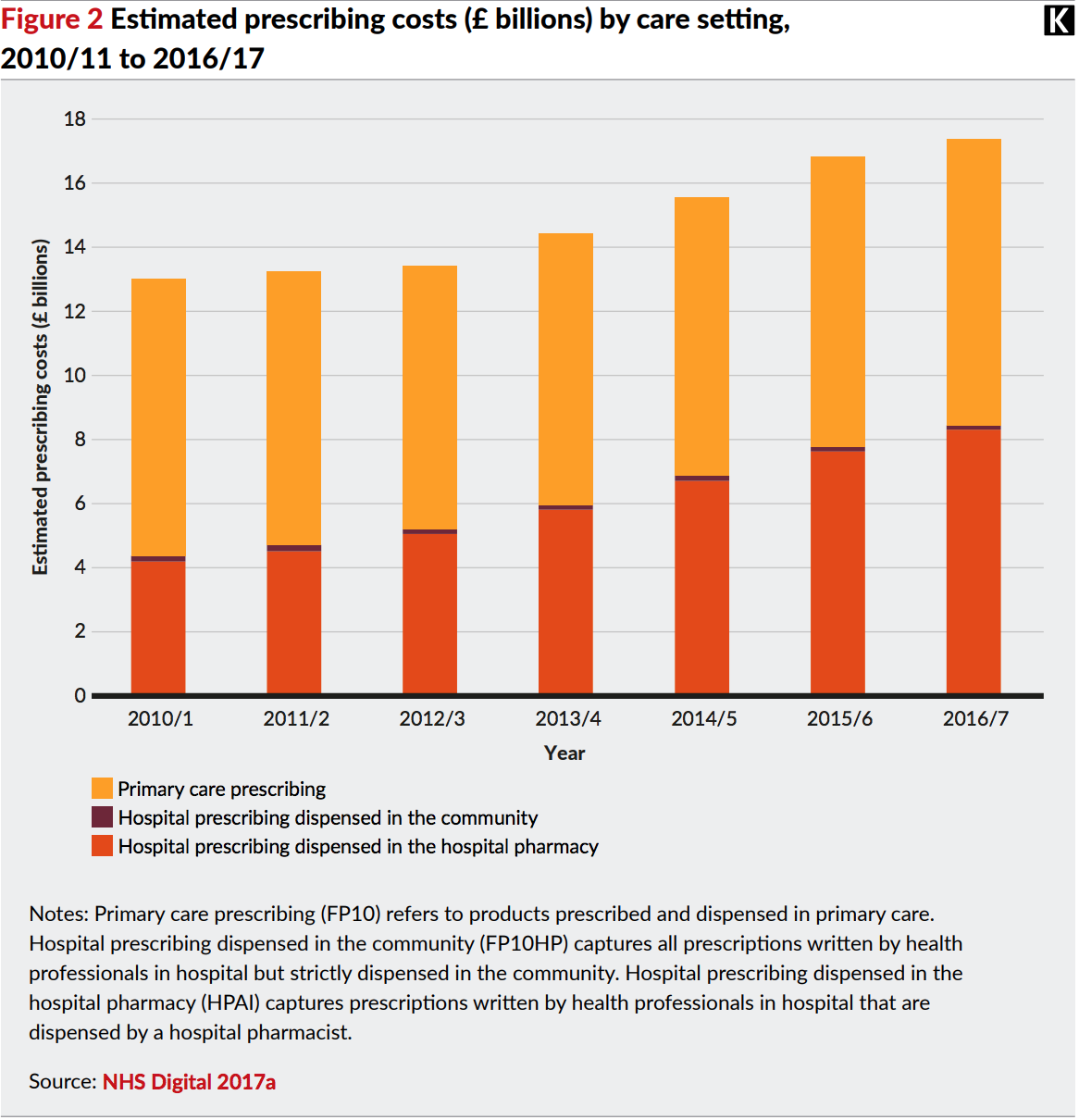 The NHS has promoted a number of policies to help with increased spends by incentivising an increased use of generic drugs and biosimilars. Now that the spending has gone beyond NHS funding, policy makers are looking to implement new policies such as the introduction of a controversial budget impact test for new products that will cost more that £20m a year to provide. What about distance selling pharmacies rules?

The founding principles of the NHS don’t allow for increased user charges that you may find in other countries with a more advanced healthcare system. They would be much more difficult to implement in England.

There’s a risk of funding pressures leading to national concern about patients’ access to their medicines as it was in the 1990’s.

Keep up to date with news, events, and product updates by signing up to our database.
By providing your details, you agree to be contacted by us and agree to the terms in our Privacy Policy